Cruise ship industry overview shows that the cruise market provides jobs for many millions people around the world. This unique segment of the travel industry offers the best business opportunities in the fastest growing travel vacation segment of all times. Current cruise industry statistics show this vacation type has achieved more than 2,100% growth since 1970, with more and more cruise passengers becoming life long loyal customers of the major brand lines and companies! Cruise line industry trends are for a fierce competition, most affordable prices, bigger than ever demand (and supply), best quality product and service. The sheer number of operational cruise ships worldwide also explains the growing number of repositioning cruises offered seasonally when virtually all of the major lines relocate ships changing the vessel’s Summer-Winter regions of operation.

The cruise line industry growth is reflected mainly in expanding passenger capacity. Statistical data shows that nearly 40 new cruise ships were built in the 80s, 80 debuted during the 90s, and more than 100 (majority of them very big – to absolutely huge!) have been introduced since 2000.

The strong cruise industry growth fuels continuing evolution of “ship hotel” vacation experiences. Over the years, lines and operators have expanded their itineraries and now include convenient embarkation ports and diverse ports of call. They also introduce innovative onboard facilities and amenities that rival most of the land-based options. The list of unique and most popular among those includes:

Considering the industry’s product, cruise ship vacations offer a huge variety of exciting destinations and onboard facilities, activities, amenities and services exceeding the traveler’s expectations. The photo below (in a funny way, but still) perfectly represents the “ship hotel” vacation experience provided by the cruising industry. 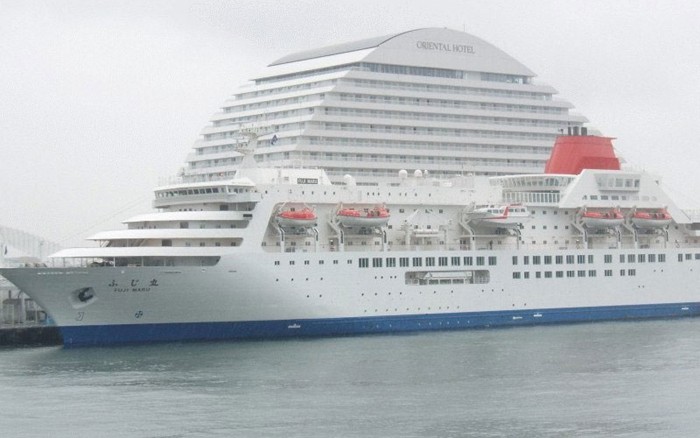 The commitment of the industry to add new capacity is based on the tremendous growth potential of cruising travel. And since the current statistics shows that only 20% of the US citizens have ever taken a cruise, there is an enormous untapped market to conquer.

According to CLIA UK statistical data: 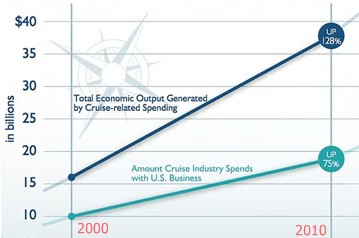 CLIA 2010 statistics released by the North American Cruise Industry show that 329,943 cruise-related jobs were generated, with a US15,2 billion wage impact. Over the past decade, the cruise industry has outperformed the US economy (the travel and tourism sector in particular). Spending with US businesses by the industry increased 75% (2000-2010), reaching US18 billion. Over this period, total economic output generated by cruise-related spending in the US increased by 128% – which in billion of USD is from $16,6bn (2000) to $37,9bn (2010).

Cruise industry is among the most exciting and fast-growing categories in the leisure market. Cruise ship industry has had average passenger growth rate 7.2% per year since 1990.

Cruise industry market has strong potential – North Americans who intent to set sail over the next 3 years are over 50 million. The industry’s products are incredibly diversified and offer something “cool” for everyone. They deliver unprecedented customer satisfaction as vacation experience exceeds expectations consistently on a wide range of vacation travel attributes.

During the past ten years, cruise industry has responded to the extensive consumer research which has guided addition of brand-new destinations and themes, original ship design concepts, creative on-board and on-shore activities, to reflect the changing patterns of today’s market.

Cruising is important for sampling destinations to which travelers may return. Over 80% of passengers think that a ship cruise is a good way to sample a destination they may want to visit again on land-based vacation. 40% of cruisers state they had returned to vacation at destinations first visited during a cruise.

FCCA – “Florida-Caribbean Cruise Association” (since 1972) is a 15 member lines not-for-profit organization with more than 100 cruise ships in operation in the regions of Florida, the Caribbean and Latin America. FCCA’s mission is to be a forum for major discussions on issues, such as cruising industry’s development in general, also on cruise ports, shore tours and excursions operations, passenger safety and security, and other issues. FCCA works in partnerships with various destinations, but also with governments, cruise ports, private companies and public organizations to maximize cruise spending, and to enhance the vacation travel destination experience, as well as the number of returning cruise passengers.

Cruise industry works in close relationship with travel agency community. The majority of cruisers use travel agent’s services to book vacations. The most productive agencies are the ones that place premium on personnel training. “Certified Cruise Counsellor” program is the “Gold Standard” in CLIA training – and the best available resource for vacation planning.

Cruise ship industry is constantly improving its popular “cheap and fun vacation deals” image, but also its lobbying effectiveness. Huge investments have been made (and the trend continues) by the major cruise companies to improve their ships’ waste-disposal systems, fuel efficiency, back-up power systems, propulsion, and safety in general.

And all the investments are already paying off – big time. The whole cruising travel sector is constantly increasing its popularity and wins more and more supporters. And the people’s general opinion is this is a great vacation travel option that outperforms many land-based vacation deals, including the deals on all-inclusive resorts and hotels. 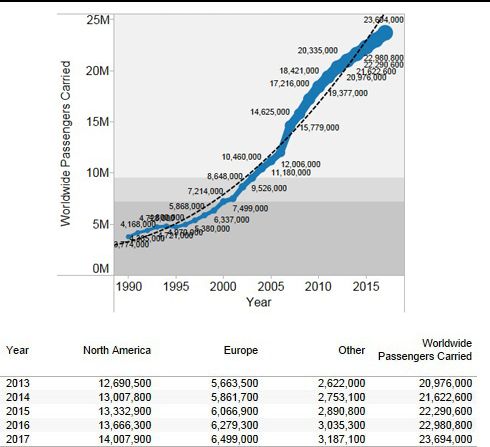 Main cruise industry trends for 2014 are:

More and more travelers consider not the ports of call, but the cruise ship itself as the paramount “best fun” destination.

The demand for the superyachts product (smaller-size top luxury cruise ships with all-inclusive deals) is also increasing. Major builders of those are the Italian Fincantieri (in partnership with Benetti), while the leading ship management company is V Ships (partnership with Fraser Yachts). The number of year-round chartered small luxury cruise ships is increasing too. The list of leading luxury cruise lines includes the names of Seabourn, Seadream, Silversea, Windstar. 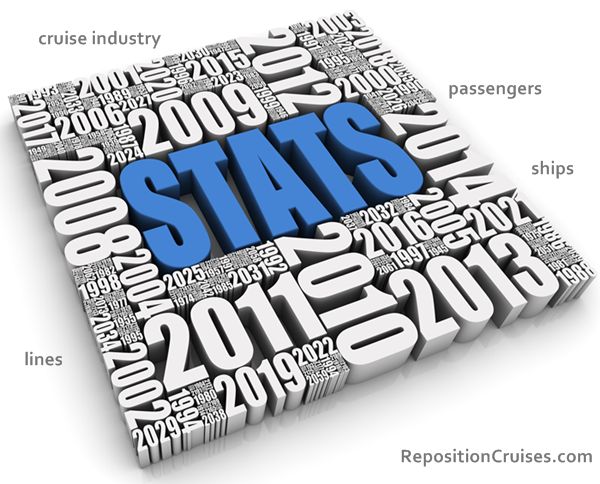 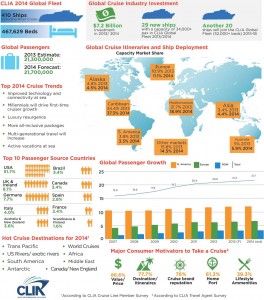 In 2013, the industry’s growth of 2012 continued (2.5% increase) – with 11 new cruise ships added to the market’s immense fleet of pleasure marine vessels.

More than half a million passengers (80% of them European; and 20% from North America) enjoy European river cruising vacations annually. On the China’s Yangtse River, the number of international passengers is nearly 150,000, with new operators and new and bigger river ships being built each year. The list of the world’s biggest river cruise lines includes AmaWaterways, Avalon Waterways, Viking, Uniworld, Scenic, A-Rosa, Luftner, Grand Circle Travel.