Repositioning cruise ships through Suez Canal provides a range from “affordable luxury” to really cheap big-sized ship travel deals. Not to forget this is a unique opportunity to enjoy cruising to exotic destinations at some of the market’s best rates. 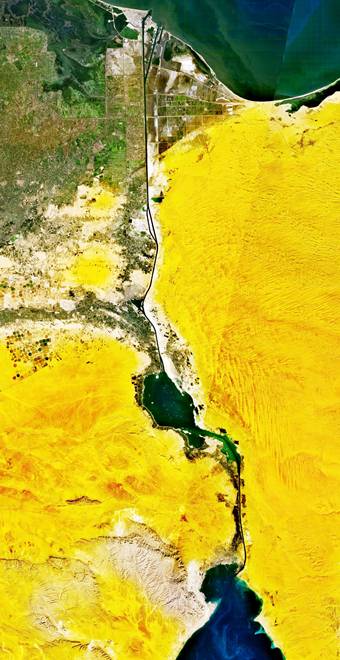 Representing a very small segment of all cruise ships repositioning deals, Suez cruises may also be segments of Around the World cruises. These special voyages are usually starting at the beginning of each year by some of the world’s major brands, and done mostly by luxury cruise lines ships.

Passing through the Suez Canal is a unique experience related not only to cruising but also to the Africa-Asia region itself. The Egypt Nile cruise deals may be booked separately (they are optional) offering the not necessarily cheap, but always so much exotic Alexandria and Cairo tours and excursions.

The Egyptian resorts on the Red Sea offer a unique chance to sample so many things in this ancient region. You can perfectly combine visiting the Pharaoh’s mysterious kingdom, enjoying the beautiful shores, the amazing coral reef and marine life with luxury ship amenities and stylish experiences on board.

The diving holidays in the Red Sea are also very popular though optional Red Sea vacation deals. Know that snorkeling, scuba diving, windsurfing, sailing, glass-bottom boats, and even submarine trips are at their very best in the Suez Canal region. And, of course, the numerous archaeological sites, museums, the desert safaris. Not to forget the great night-life in major coastal towns.

This information could be of some help to you only if you consider the option of staying in some of the great resorts in the Red Sea region. These are the main destination points for touring the Egypt Coast at the Red Sea:

Best for Red Sea diving trips is the coastal area between El Gouna and Safaga. The reason is this area perfectly combines the region’s amazing reefs and wrecks with the convenient proximity to Egypt’s most famous historical sites for touring – Luxor and Cairo.

Suez Canal is an artificial waterway in Egypt, which is sea-level and connects the Mediterranean and Red Seas. In November 1869 Suez Canal was available for sailing after ten-year construction works. The Canal allows vessel transport between Asia and Europe without around Africa navigation.

The canal is maintained and owned by SCA (Suez Canal Authority of Egypt) and is under international treaty. It may be used in peace and war times, by every vessel of war or of commercial ships without flag distinction. Learn more at Wikipedia.

On February 24, 2016, a new Suez Canal shipping lane was inaugurated by the canal’s authority. The new line is parallel to Port Said and effectively lowers canal transition times. It allows vessels to sail in both directions and increases the containership traffic.

In 2015, the canal was expanded at the cost of USD 8,5 billion. However, the low crude oil price now allows cargo ships to avoid paying the costly Suez Canal transition prices (USD 465,000 on average) by taking the long way around South Africa instead.

Between October 2015 and February 2016, a total of 115 westbound cargo vessels loaded with goods from Asia to Northern Europe or the USA took the around Africa route instead of transiting the canal. Statistics show that the South African route saves USD 235,000 on average per voyage. The Suez Canal Authority reported for 2015 an increased number of passing ships (17483 vessels, or 2% increase). The report also revealed decreased bulk cargoes (5,7%) and container cargo ships (3,1%). To compete with the falling oil prices, the Suez Canal needed to cut transition prices by roughly 50%.

The South African shipping route has a big environmental impact. It was calculated that the route’s increased fuel consumption results in additional 6800 tons of CO2 on average per voyage. 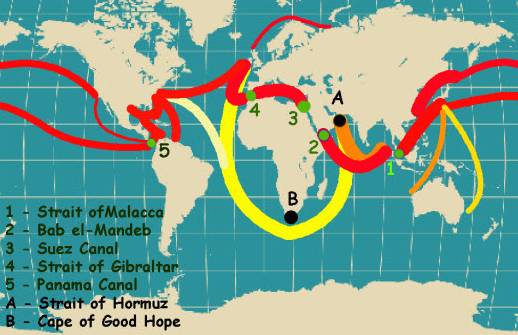 One of the world’s largest container ships CMA CGM Marco Polo offers regular Suez Canal transitions on its route between China and the UK/Germany. Itinerary options on cargo (freighter) cruise ship transits through Suez Canal include the following ports:

Choose a Freighter Cruise from AU$4,600 for 23 days through the Suez Canal. This option includes a voyage by freighter from Asian port to Europe. You can return back to Asia on the same vessels. Note that cabins continuing to Sydney or Melbourne from Europe are booked usually six months in advance.

Felixstowe Freighter Voyage via the Suez from Asia to Europe offers all year round weekly departures via Suez Canal in either direction. The tariff from AU$4,600 pp includes meals and port fees. For booking or inquiries call: 02 8270 4899.

Special requirements imposed for yellow fever injection and travel insurance which are compulsory. Passengers have to possess a valid passport (at least six months of validation).

Choose a Freighter Cruise from AU$5,730pp for 48 days through the Suez Canal. This option includes a voyage by freighter from the Australian port to Europe. The Round-trip duration is 91 days for AU$10,180 pp. For each voyage, four cabins are available (one single, two double bed, one twin bed) but there are only four cruises per year, so book early. Visit Genoa, Italy, and Chennai, India with Freighter Expeditions. For booking or inquiries call: 02 8270 4899.

All cabins are carpeted, with air conditioning, small refrigerator, wardrobe, desk, and chair. Facilities include an elevator, small fitness room plus sauna, outside pool, and onboard steward.

Special requirements imposed for yellow fever injection and travel insurance which are compulsory. Passengers have to possess a valid passport (at least six months of validation). A visa required for Sri Lanka, India, and Egypt. The ship only takes up to 79 years of age. On container ships accepted for carriage are only travellers of good physical and mental health. Container ships don’t provide a medical officer or doctor onboard, only basic first aid treatment is available.

You can share/like/rate our Suez Canal cruises review via the social buttons. Follow us on the main social networks for the latest updates (more transition dates to be announced soon). Happy vacations, and best luck with the ship relocation deals – to enjoy the magical combination of Egypt, Red Sea, and the Mediterranean at more reasonable prices!