We have the list of all Alaska repositioning cruises to and from Seattle WA 2023-2024 Spring and Fall ship relocation specials. We show you here all departures and arrivals of passenger ships offering Seattle repositioning cruise deals on “one-way itinerary” voyages with changing the ship’s seasonal destination of operation.

Seattle relocation cruises include deals on ships that arrive to or leave from Seattle WA. The list of itinerary and destination changes associated with these deals includes:

Seattle repositioning cruise deals belong to the special group of Alaskan ships on relocation in Spring and Fall. Most popular are those between Seattle and Vancouver, Canada. They are with the shortest itineraries, which also means cheapest overall cruise prices and some of the cheapest per day rates.

As you will see from the lists below, the short “Alaska ships relocation” deals offer to visit the busiest Alaskan ports of call – Juneau, Skagway, Ketchikan, and the regions of Glacier Bay and Tracy Arm. In British Columbia (Canada) you will stop in its capital city Victoria (on Vancouver Island, about 60 ml / 100 km south of Vancouver BC). 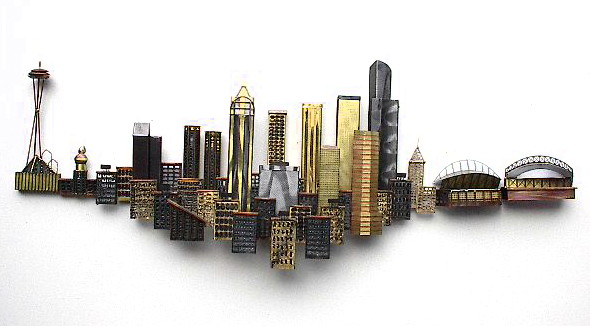 Longer repositioning cruises from Seattle offer transition through Panama Canal. It’s a narrow-window at the end-of-Alaskan-season opportunity to embark on a triple-destination cruise travel vacation. You’ll enjoy the exciting combination of these three most traveled regions – Alaska, the Panama Canal transition itself and the sunny Caribbean. The same goes in the reverse route during Spring – departing from Caribbean US ports (most departures are from Fort Lauderdale and Miami) to Seattle for the new Alaskan season.

All these deals are on one-way itineraries. The Seattle cruise repositioning presents the perfect chance for budget-minded vacationers to find low-season-cheap bargains. In the group of these deals are the discounted cheap Alaska fly-cruise packages with discounted air on both flights. These deals are usually sold by travel agencies, and rarely by the ship’s operator or the cruise company.

Since Seattle relocation cruise deals usually offer some hotel stay in the city of Seattle, we offer you here two outbound information links. The first link is to Wikipedia’s article about Seattle, the second one is to the official website Seattle.gov. Follow some of the city’s most popular statistics:

In the table below we list all Alaska cruise ships departing from Seattle WA during the summer of 2023, and 2024. You can compare departure dates and itineraries. For more reposition cruise offers and cruise prices comparison – follow our line-links at page right. We will add more itineraries as soon as the Alaskan cruise lines leaving out of Seattle announce their dates officially.

Repositioning cruises from Seattle are a very small set of one-way itinerary deals per year. The reason is the small number of Alaskan cruise ships departing from Seattle WA as compared to those leaving out of Vancouver, Canada. Now, when you know the Seattle relocation cruise ships and their departure/arrival dates, all you gotta do is book the “right one”. We wish you the best of luck with the prices and cabin availability! This is one of the US most prominent cities – and a top choice port for Alaska cruising vacations. Don’t miss the one-time-a-year-only chance to embark on a cheap ship relocation vacation!